Champion golfer to feature on Jersey stamps and souvenir coin 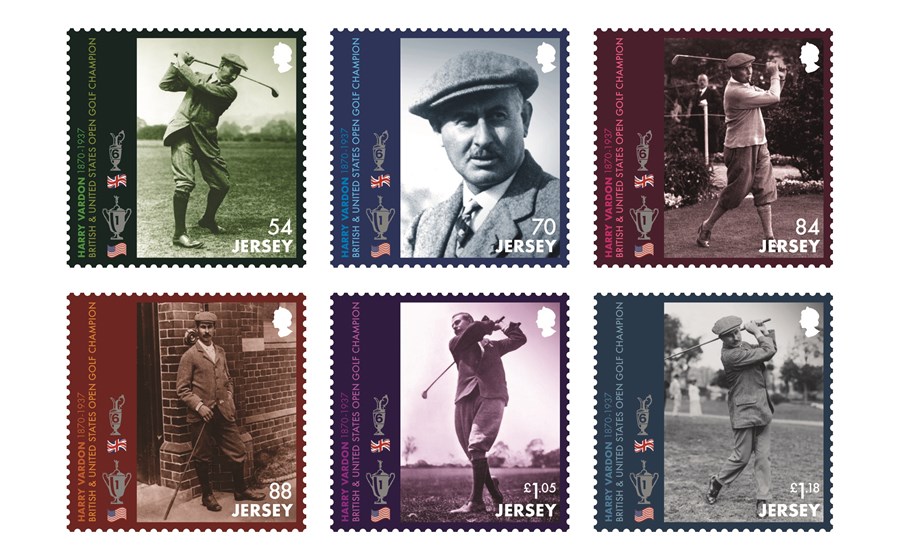 The 150th birth anniversary of Jersey golfer, Harry Vardon, will be celebrated with six stamps, a Miniature Sheet and a souvenir coin to be issued by Jersey Post on 9 July 2020. One of golf’s greatest ever players, Vardon won The Open a record six times from 1896 to 1914, and the US Open in 1900.

Born in Jersey on 9 May 1870, Vardon didn’t receive any professional golf lessons but, in his late teens, he entered a number of tournaments, getting his first break in the in the Caddies Competition run by the Committee Club at the Royal Jersey Golf Club. Vardon’s career extended to almost forty years, throughout which he won a record of 62 major golf tournaments, including what is reported to be an amazing run of 14 consecutive wins. He popularised the overlapping grip, a technique that became known as the Vardon Grip and is used by many golfers to this day.

The stamps and Miniature Sheet feature photographs of Harry Vardon throughout his career.

Chris Elligott, Jersey Post’s Philatelic Design and Production Manager explains: “Jersey is rightfully very proud of Vardon, whose record ranks him amongst the greatest golfers of all time. One of only four golfers from The British Isles to have won both The Open and the US Open, Vardon features on the Miniature Sheet together with one of the others to achieve the same feat, fellow Jerseyman and dual Open winner Ted Ray. This year also commemorates 100 years since Ted Ray’s US Open win.”

In addition to the stamps and Miniature Sheet, Jersey Post will be issuing 150 strictly limited edition souvenir coins. “We have worked with Jersey Heritage and the Royal and Ancient Golf Club of St Andrews to produce a stunning gold plated limited edition souvenir coin,” continues Chris. “Vardon's Open winners medals are held in the Jersey Museum as part of the Jersey Heritage collection. The face of the coin features the design of Vardon’s first The Open Championship winner’s medal from 1896, whilst the reverse shows Vardon driving off the tee, together with a list of his six wins in The Open and his US Open win.” 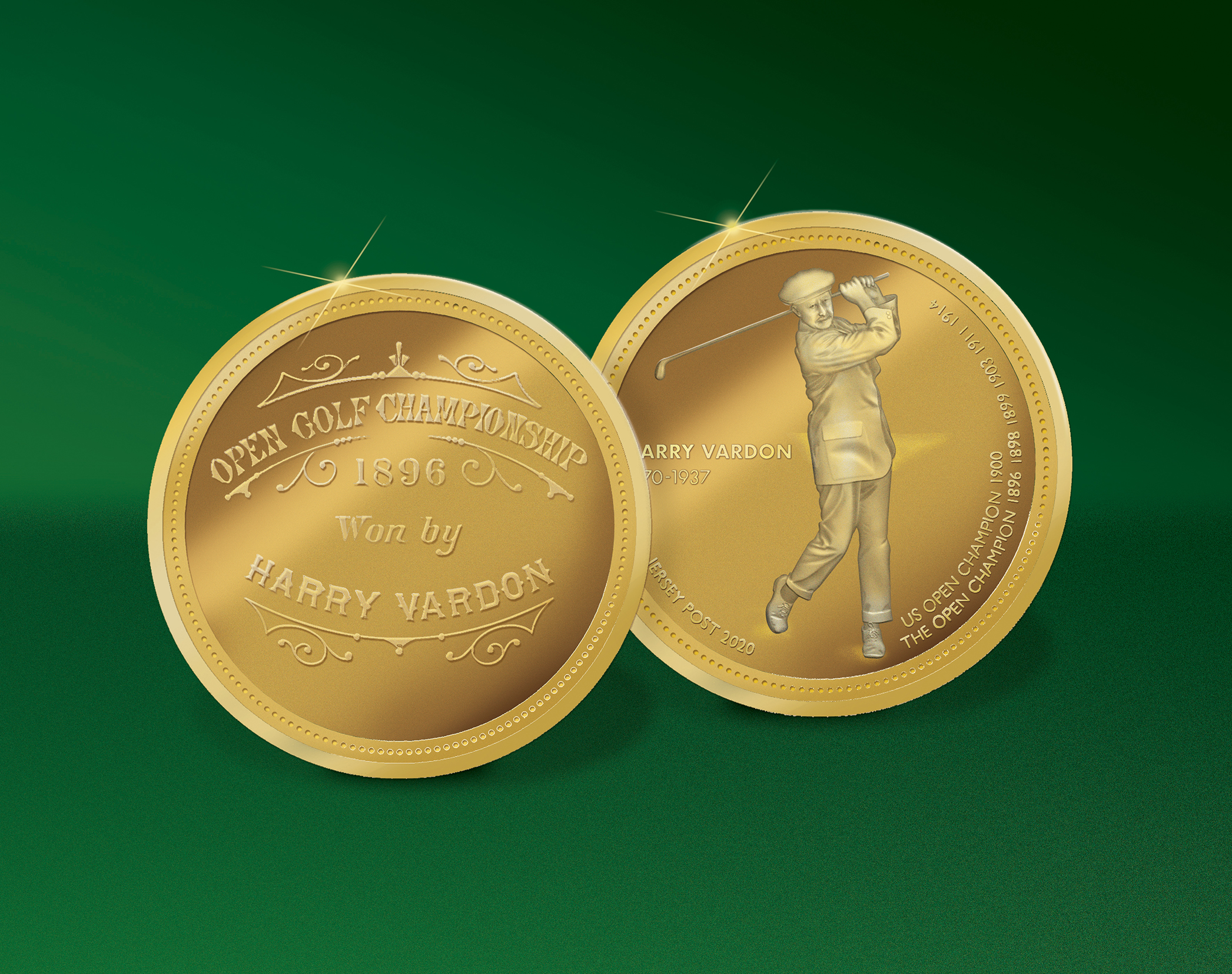 The 24 carat gold plated coin will be presented in an oak presentation box with a numbered certificate of authentication.

Jersey Post’s Harry Vardon stamps and philatelic products such as Miniature Sheets, First Day Covers and Presentation Packs will be available from the Jersey post offices at Broad Street, St Helier and Rue Des Pres, St Saviour from 9 July 2020. All items, including the souvenir coins, can be ordered now at www.jerseystamps.com or by telephoning the Jersey Philatelic Bureau on: 00 44 (0)1534 616717.