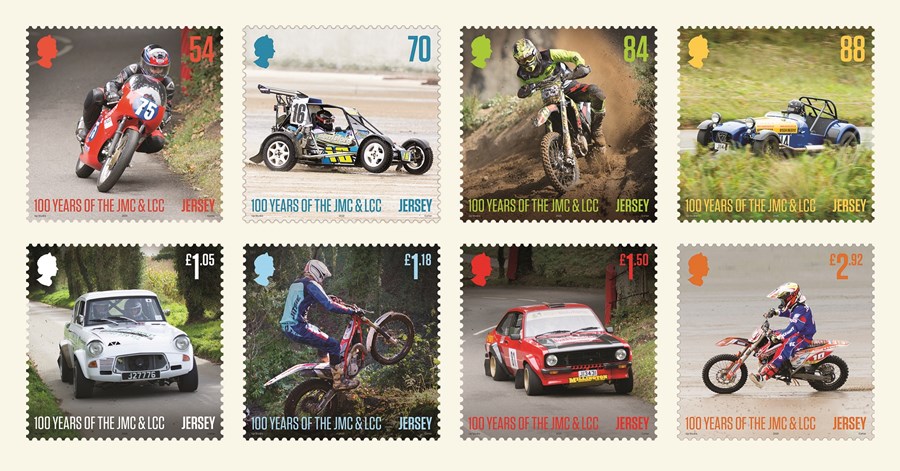 The 100th anniversary of the Jersey Motorcycle & Light Car Club (JMC & LCC) will be celebrated with a set of eight stamps, a miniature sheet and a prestige booklet to be issued by Jersey Post on 8 September 2020. The stamps, which have been designed by Studio Up, feature photographs of events organised by the club.

Motorcycle enthusiast H.W. Rawnsley-Gurd formed the Jersey Motorcycle Club, after moving to Jersey in 1919. The club’s first event was a motorcycle reliability trial on Easter Monday 1920, which proved to be a huge success and by the time of the club’s first general meeting, the membership had grown tenfold.

On 8 May 1947, the JMC & LCC held the first Jersey International Road Race, which took place on the streets of Jersey, with thousands of spectators lining the pavements. Due to its heavy financial burden on the club, the race was only held four more times before being discontinued. However, during those years the race saw some of the finest racers of their generation, including Reg Parnell, who won in a Maserati, Prince Bira, Raymond Mays and F.R. Gerard. Today, the JMC & LCC runs around 60 events each year and has approximately 550 members. 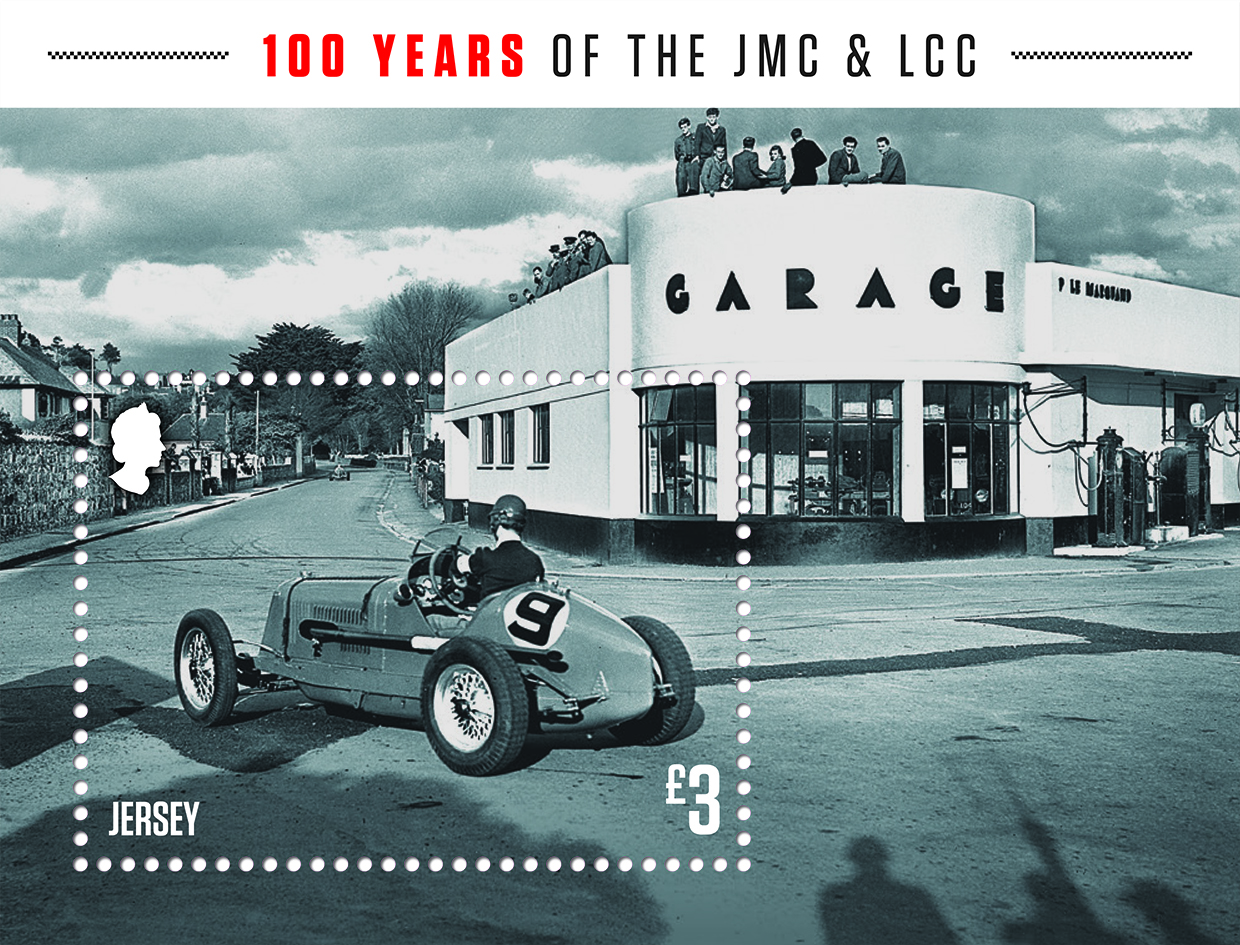 Oliver Holmes, Jersey Motorcycle & Light Car Club President, says of the stamps: “The Jersey Motorcycle & Light Car Club is grateful to Jersey Post for honouring our 100th anniversary with this stamp issue. Although 2020 hasn’t been the celebration that we were hoping for, it is great to see the photos of our members and all the disciplines they compete in shown on the stamps. We’re all very much looking forward to getting back to racing in 2021 and the release of these stamps will be great for the promotion of motorsport in Jersey.”

In addition to the eight commemorative stamps, a prestige stamp booklet featuring additional photography and information has been produced to mark the club’s milestone anniversary. 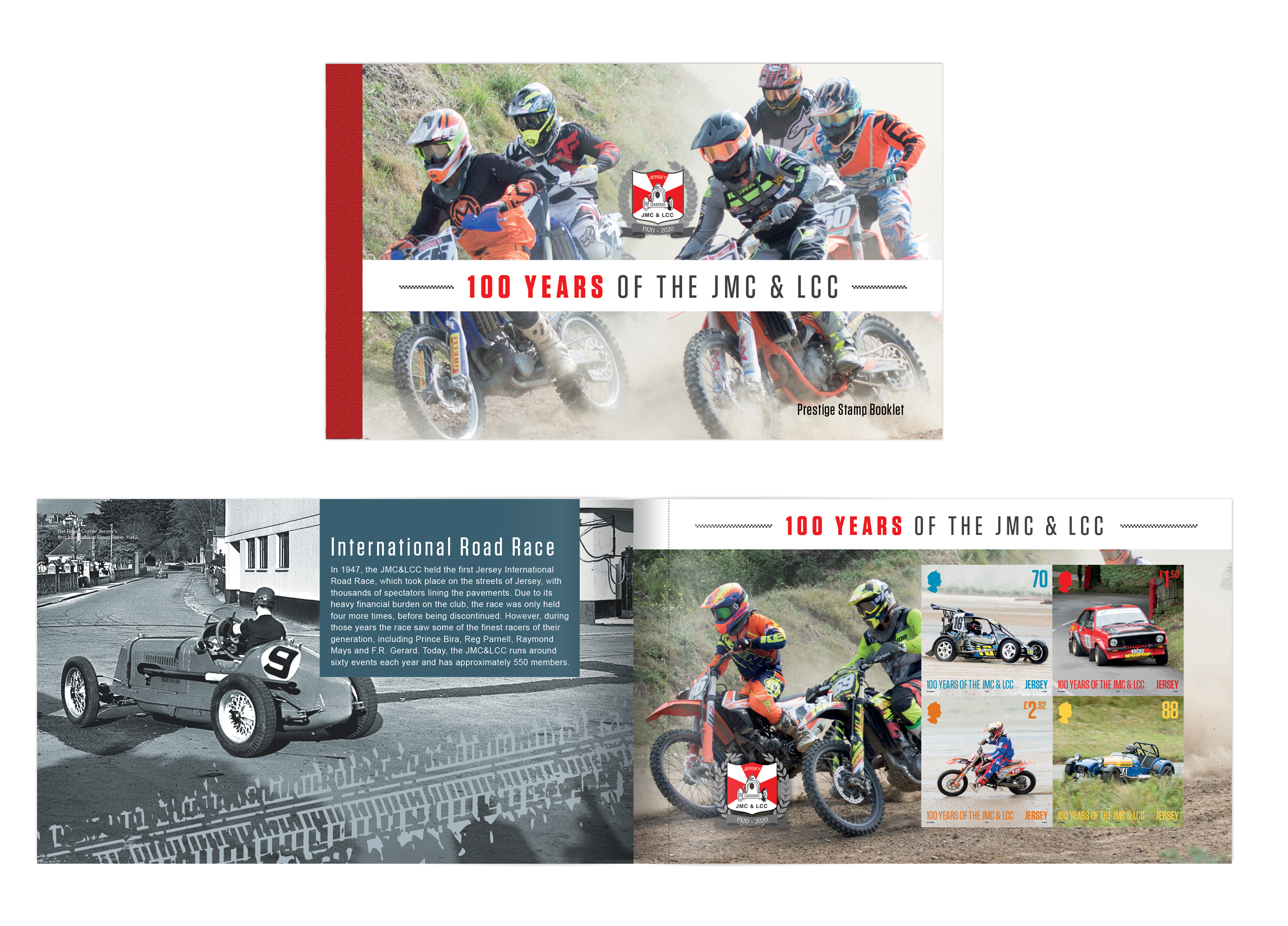 Jersey Post’s Jersey Motorcycle & Light Car Club stamps will be available to buy from branches of Jersey Post from 8 September 2020. Philatelic stamp products such as miniature sheets, first day covers, presentation packs and prestige booklets will be available from the Jersey post offices at Broad Street, St Helier and Rue Des Pres, St Saviour on issue day and can be ordered now at www.jerseystamps.com or by telephoning the Jersey Philatelic Bureau on: 00 44 (0)1534 616717.